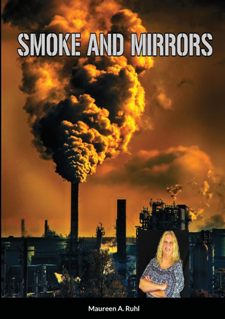 I was approached by concerned citizens who heard rumors that a natural gas to electric power plant was coming to town. There were rumors throughout the community but only certain factions were available to the complete information and details of the project. The people who were in the know, were the project investors. They also put in place people who would see the project through to completion. But they did not anticipate a small group of town residents who actually would research the power plant and uncover small-town corruption, at many levels.

This group of four visited three surrounding power plant towns in Shamokin Dam, Montgomery and Jessup, Pennsylvania. It became clear that the power plant would not bring the town prosperity but only financially benefit the 49 investors. The fear of the investors manifested at an informational rally, organized by the concerned citizens. The rally was attended by the investors, politicians, media and union organizers. They created chaos, talked over the qualified speakers, hijacked Facebook and social media and the newspaper printed an inflammatory and biased piece.

Most people may have retreated but not the members of this group! They found renewed strength and grew in numbers! They were emboldened by the tactics used by the pro-power plant followers. The situation reeked of desperation and greed, a last chance effort on their part to recoup lost revenue. The land the power plant was to be built upon, was filled with toxic waste, which was not identified in the soil testing phase. If this plant were to be built on this land, every homeowner would have a power plant within a football field of their home. Many homes are well over a hundred years old and built upon the town's fractured infrastructure, with several buildings already leveled and many more in distress.

The power plant promises were distortions of truth and created to mislead. Their written promises were nothing more than the federal minimum requirements.

The Road to the Registry

Into Africa a Personal Journey