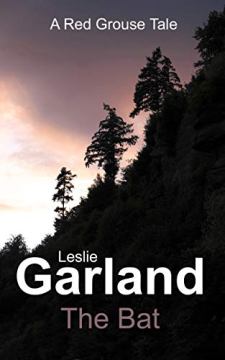 The Bat; a coming of age story and a search after truth.

An old and now sceptical Thomas looks back on the events of his last term at school when his class returned to a new beautiful class teacher, a donation of stuffed animals and birds by an eccentric benefactor and the increasingly strange events which followed. Zoological specimens appeared to be not quite as dead as they looked. A bell-jar which had contained a stuffed bat shattered during an exorcism. Strange events then turned to being sinister and frightening.

As a then naive young Thomas searched for the truth, he found himself, questioning ‘good and evil’, realising that his task was not as simple and straightforward as he would have wished and in so doing loosing his innocence and having to accept that truth may have as much to do with belief as facts.

An adult, speculative, spiritual and philosophical coming of age story.

(Warning to sensitive readers; the story is an adult one and so does contain references to sex)

With 'fake news' hitting the headlines and misguided religiously motivated terrorism still in them, I thought it would be nice to look at 'truth' and muse on questions such as 'what actually is true?' and 'what is Truth?' using a fantasy story as a foil for same.

Is truth what we believe to be the case, or is it what we know to be the case? Why is one religion deemed to be true, whereas others are deemed not to be so? And why are religions deemed to be a 'good thing' when they appear to be the justification for much of the conflict and appalling atrocities that have been and still are being perpetrated around the world?

St Thomas Aquinas' famous quotation 'To one who has faith, no explanation is necessary. To one without faith, no explanation is possible,' doesn't provide an answer to these questions but I think, does rather nicely state things as they are - the lunatic who believes a god is on his side doesn't require an explanation, and of course those who don't share that same mad belief will never understand!

I needed my narrator to be at that age where his opinions hadn't been formed, so that he would question and ask 'those embarrassing questions' of others. He also had to be a bit naïve and not be fully aware of what was going on. So I thought a sceptical "doubting Thomas" would make a good narrator. Somehow the story cried out to have both the Reverend Money and Felicity (both from “The Little Dog”) in it, so “The Bat” became a prequel to “The Little Dog”.

A coming of age story of course involves the 'gaining of knowledge', and so required that apples, whether metaphorical ones, ones in gardens or buckets of water had to be included, as did the Garden of Eden allegory including the having to leave it. I hope my choices of other characters do not require further explanation. And of course sex had to feature in the story, because the 'gaining of knowledge' is just another way of saying 'sexual awakening'. So for more sensitive readers; be aware that sex does get a mention.

And finally, I hope I have been even-handed in exploring this subject, with a sceptical Thomas and logical, brain-box of a Bobby Thompson on one side of the argument and genuinely nice, Felicity and thoughtful, steady Reverend Money on the other side. I am not sure there is a conclusive answer, hence the St Thomas Aquinas quotation, but none-the-less I hope the end result is both an interesting exploration and an entertaining read! United Kingdom
I didn't start out in a career in writing; I qualified as a Chartered Civil Engineer. In this capacity I worked for several years on projects in the UK, the Far East and Africa. During this period I won the Institution of Civil Engineers 'Miller Prize' for a paper on tunnelling. Perhaps my first foray in to writing? It was a pretty dry technical piece. However my experience in tunnelling has...
Learn more about Leslie Garland