To Live Is To Die First 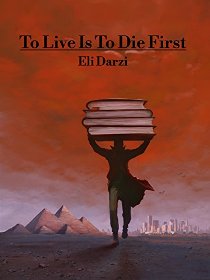 If I tell you that we're dead now, no less than ever, you probably will not accept that. True, if you ask me if I'm alive, I will say without any hesitation, "yes!" However, this is only because we, humankind, created such a reality in which; if I'm breathing and my heart beats, I am considered alive, but this conclusion comes from the assumption that I'm a thinking person who has knowledge about the body, life, and death.

Thinking is the reason for the knowledge about us, our surrounding, life, and death that accumulates through the generations and is stored in our memory. Without it, we wouldn't know anything because we are not separate from these things. The expression "you are living in a movie" describes the humanity situation. Thoughts are analogous to frames of the movie film; they run through the mind one after the other, nonstop. These thoughts carry knowledge, which are translated into time in their movement. They create the feeling of a process in time and create the illusion of life. However, this is no less illusionary than a movie that projected on the screen.

The absurd thing is that we identify with what happened in a fiction movie we watch in the cinema while we live in a movie which is projected in our head and creates our fictional reality. The reality that we create for ourselves is the only reality that exists; there is no another reality except this one. This reality is the illusion in which we live and strongly believe it is the life. Life is not related or connected to this reality, which is created by our thinking.

Israel
The author was fascinated all his life by the question of man’s suffering. Why the men in his searching for happiness find only pain? Why is the man eager to prolong his life when he is living in pain? What makes him run like hypnotize after nonexistence goals? What makes him die for ideas and ideals that are changing repeatedly? The answer that he has found was amazingly simple but hard to...
Learn more about Eli Darzi