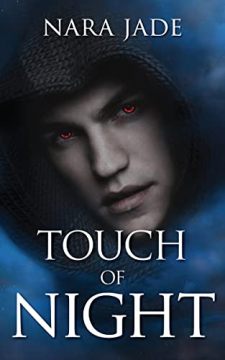 An ancient vampire king seeks to claim his mate — a beautiful mortal bound to him by fate itself.

Vampire king Vincent Strand spent centuries searching for his mate, only to find her standing in front of him in his home — but she’s human. That does not bode well for his kind, who can last an eternity. Yet, he is drawn to her with a thirst he has not felt in centuries. As he struggles to control his dark desires, he finds Mira has her own secrets, ones that hunt her for their own purposes. He must convince Mira to accept him as her mate, or else lose her forever… and doom them both.

Mira Khan moved to Scotland to escape a relentless enemy — her parents. She didn’t expect to be swept up in the affairs of a dangerous local mob boss on her first night there. Vincent ignites an irresistible attraction in her that she can’t ignore, and she craves him in ways she can’t explain. But there is something dark and mysterious about him, something otherworldly. When her past comes back to haunt her, he just might be the only one who can protect her.

Canada
Nara Jade lives in Toronto, Canada, and writes Paranormal Romances with beastly creatures and sexy supernatural men with deadly claws and powerful bodies... and a soft spot for their women. Fated mates romances and Happily Ever Afters are my thing. Follow at Narajadewrites on Instagram or visit me at narajade.ca for details about upcoming books!
Learn more about Nara Jade