Using Worry to your Advantage 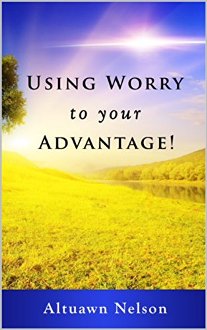 Studies have shown that most of the things that we worry about will never happen. Despite that, we humans tend to get in our own way time and time again- whether it comes to worrying about planning for the future, bad health, our parenting skills, friendships, or engaging in other thoughts that causes us to worry. In Using Worry to Your Advantage, Altuawn Nelson provides practical solution based quotes that you can put to work today. It is a book packed with timeless wisdom that will inspire you to take action against your worries, which will lead to a happier life.

Using Worry to Your Advantage includes a sample chapter and exercise from Altuawn Nelson’s upcoming released book Let’s Get Through This: Conquering Challenging Times!

I make it my business to uplift the spirit of others. Whether it's a simple compliment or a deep social media post to assist someone through troubling times, it's a must. I'm crazy enough to think that I can change the world, so I strive to do so a daily. It's a challenging job but someone has to do it! Using Worry to your Advantage is one of many tactics that I use to provide hope and inspiration to people that are experiencing a hard time with life.

Using Worry to Your Advantage - from Amazon

Altuawn Nelson is an inspirational screenwriter, documentarian, an author, and owner of several small businesses in Atlanta, Georgia. He was born in Atlanta, GA in and was raised in a neighborhood known as Oakland City. Being brought up in the poverty stricken, but family oriented environment, at an early age, he developed a heart for people that were faced with tough challenges. Although they didn’t have much, they always had each other. They viewed one another as family as opposed to neighbors.

Paying close attention to people that were considered by society as outcasts: pimps,... more