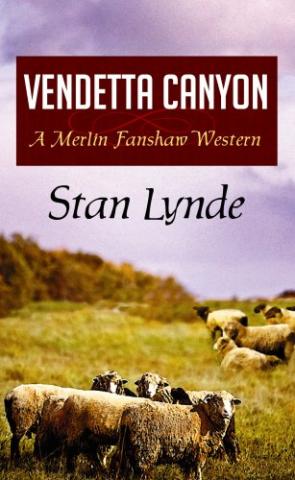 Sheepman Abel McKenzie and cattleman Zack Rainford were once the best of friends, but are now, in 1887 Montana Territory, mortal enemies. Their escalating feud threatens to throw the people of Meriwether County into a bloody range war. Three ranchers have already been killed, and the investigation into the homicides received only cursory review. One of those three men was McKenzie's employee. Deputy United States Marshal Merlin Fanshaw is sent to investigate and enforce the law.

Shortly after his arrival in Meriwether County, Deputy Fanshaw's assignment is complicated by the activities of a corrupt sheriff, a mysterious range detective, and a clandestine romance between the shepherd's son and the cattleman's daughter. Deputy Fanshaw accepts the burden of their secret and becomes an ally to the young lovers. If the two young people get married, it could help unite the feuding families, or it could light the fuse on the lethal powder keg.

With conditions in the area becoming more strained, the McKenzie and Rainford homes become armed camps, with malice running rampant between the cowhands and sheepherders. Can Deputy Fanshaw prevent any further bloodshed? What will it take for him to put an end to the Meriwether County War?

Stan Lynde was born and reared on the rangelands of the Crow Indian Reservation of southeastern Montana. He is the creator, author, and artist of two highly acclaimed nationally syndicated cartoon strips, Rick O’Shay and Latigo.

Stan has been listed in Who’s Who in America and Who’s Who in American Art. He received the Inkpot Award in 1977 for achievement in the comic arts and the Montana Governor’s Award for the Arts in 1983. Stan is a prolific and popular author of western fiction. His eight published novels, set in Montana Territory during the 1880s, include seven novels in his... more

Other books by Stan Lynde