Where Did We Come From and Where Are We Going? 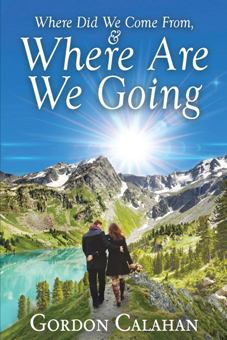 Gordon’s book chronicles his and his first wife’s adventurous, excessive, alcohol addicted lifestyles in Denver, Colorado beginning in the 1950’s through the 80’s. Gordon worked in the family construction business and Sandy was a nurse. Along with raising two sons, their lives included flying their own Beach Bonanza airplane, Bonnie, along with  skydiving, scuba diving, and travel, laced with frequent partying and hard drinking..

Eventually, they are forced to confront the realization that they have addiction demons and begin a path to recovery through personal growth programs, meditation, and therapy.

But it’s also a book about the forces that work in our lives and how they influence the choices we make and the paths we take. As we learn about Gordon and Sandy’s childhoods, we gain insight into the power of love, or a lack of it, and unexplained forces that bring people together, or sometimes pulls them apart.  Gordon ultimately loses Sandy to suicide and must once again, come to terms with his path of life and his role in the direction it will take.