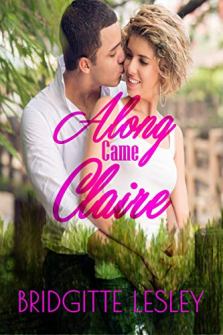 Living in a small town, Spencer and Claire were bound to bump in to one another.  Their first meeting didn’t go off too well.  But in more ways than one it served its purpose.  She had her lock-up, and he had another rental.  The chemistry seemed to sizzle and pop in the air.  And they definitely took notice of each other!  As scarce as she was, he knew she had to renew her rental agreement sooner or later.  He would have to bide his time and wait.

In his own way, Spencer had it all.  His businesses were all thriving enterprises, and his daughter was his world.  He hadn’t even had a chance at romance.  When he was married, love and romance didn’t seem to feature.

Claire was a no-nonsense military woman.  Always in a war zone, there was no time to spend on a relationship.  Well, it was something she never considered.  Friendship, to her, was important.  At heart, she was your typical woman.  Cooking, gardening and pottering about at home were important.  And when she could, she did.

But life is full of surprises and there definitely was a surprise in store for them!