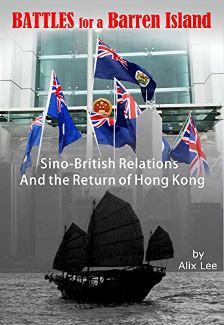 Beginning with the Umbrella Movement in 2014, a long series of student-led protests have rocked the territory. Some of the demonstrations have been held specifically in protest against laws giving more power to China's central government in the ostensibly autonomous region. Beijing's Chinese Communist Party has responded by forcing through more of the same, with some of the legislation aimed at preventing further protest.

A generational change is under way in the territory. On the one hand, there is the established authority of the pro-Beijing government, which knows it has no other choice but to follow Beijing's dictates. On the other is a young population, educated to accept democratic principles, which overwhelmingly supports the student demonstrators in their calls for transparent elections with no interference from China in the election of the territory's leader, the chief executive. Their rise into positions of power and influence across the territory is inevitable, and only a matter of time.

But Hong Kong's Chinese Communist Party-approved leadership is obliged to do its best to run the territory in accordance with Beijing's wishes. And there is nothing the communist leadership in central government fears more than calls for multi-party democracy. It, in turn, is obliged to suppress any opposition to the one-party state within the territory, for fear that such sentiment will spread inland.

This essay, which was originally written only a few years after the handover of sovereignty, looks at Sino-British relations, with particular reference to Hong Kong, and goes some way to explaining present-day circumstances, and why, in the words of Xu Jiatun, the head of the New China News Agency at the time of the Tiananmen Massacre, the “democratisation of Hong Kong is an irresistible tide”.

At under 30,000 words, this piece of writing is not intended as a substitute for a serious course of study for anybody who desires an in-depth knowledge of either the history of Hong Kong, or the history of Britain’s colonial possessions. However, it may whet the appetite of those who have aspirations to learn more about these subjects. I also feel that the facts and observations presented here may serve as food for food for both those who know little of the history of Hong Kong, and those who have made it the principal focus of their studies. For this reason, I have priced this e-book at the lowest price Amazon will allow.