The Very Structure of Society is About to Change 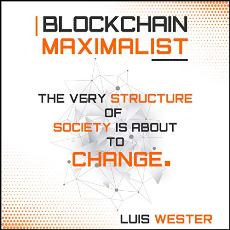 This abridged version of the original Blockchain Maximalist features all of the fascinating insights in a concise and less technically heavy manner.

As a child, I often pondered my place in the universe and often wished to have been born at a different period in time. I wanted to live during a time of discovery and adventure, in the distant past I could've explored new continents and countries, seen places never before seen by another human, scaled mountains that have never before been scaled, sailed oceans to new civilizations, and watched discoveries like electricity completely change the face of the earth. A hundred years into the future I could be a part of the planetary exploration of our solar system and beyond and see technologies unfold that would be considered black magic today.

I've immersed myself fully in the concepts surrounding some of the major technological advances of the past two decades and the deeper I traveled down this rabbit hole; the clearer was the image that emerged. An image of a global, borderless, self-governing civilization, built on a new form of information networks.

A genuinely universal economic system that is for the first time, in harmony with its underlying technology.

I have not wished of a different place in time for quite a while now and through the words in my books and articles; I hope to bring forth the same flame inside of you, that has been driving me about the time that we live in.

Other books by Luis Wester