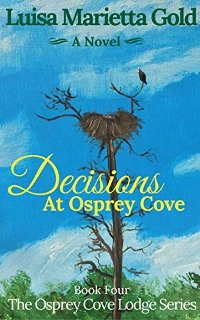 Hell hath no fury like a woman scorned. Jenna is just such a woman. She is ready to seek revenge with the help of an unexpected ally. If she has her way, Doug’s life in Aruba will come crashing down.

Meanwhile, in Puerto Vallarta, Max and Eva have been pulled into a new mystery involving a ranch from a bygone era that tugs at their hearts. Will it provide them with the clues they need to solve the puzzles of the past, or will it only create new ones of its own? Chicago finds Michael pushing his responsibilities as president and CEO of Gregstone International into the background as he falls head over heels in love with Amber and makes securing his future with her his priority.

Meanwhile, Margaret reveals whether she has changed after her ordeal in Rio. Back in Texas, Will and Emma face challenges with Will’s recent job promotion. Across town, single mother Lynda runs into a figure from her past in the most unlikely setting. Will he turn the world she has worked so hard to create upside down? At The Osprey Cove Lodge, Catherine and Alex’s peaceful life that they are carving out for themselves is being threatened by outside forces. Will the walls of the lodge be able to keep them safe?

Discover the life-changing decisions that face these beloved characters in Book Four of The Osprey Cove Lodge Series.

EXCERPT:
“Mr. Castlebury, Mr. Castlebury…” the apparition kept calling.
Doug forced himself to stand up, trying to shake off the nightmare. As he bolted up, he felt himself bump into something. It felt like human flesh. His hand reached for his head. The pounding was worsening, the pain excruciating. This was the worst nightmare he had experienced; it was so real — too real. Then he felt something grab his arm as he stood there in the darkness.
Doug jumped and gasped!
“Mr. Castlebury, it’s me — Brooke. I need your help, Mr. Castlebury.”

It's been a pleasure introducing readers to the characters of The Osprey Cove Lodge Series. Book Four will introduce some new characters. Enjoy finding out how their lives intertwine with the characters you have come to know and love.

United States
Luisa Marietta Gold was born in Pennsylvania where she spent a large part of her adult life. She moved to North Carolina after the birth of her only daughter. She published her debut novel, Escape to Osprey Cove, which is Book 1 of The Osprey Cove Lodge series in September 2016. The Osprey Cove Series was born from Luisa's love of the Rideau Lake region of Canada, the outdoors, and lake life...
Learn more about Luisa Marietta Gold