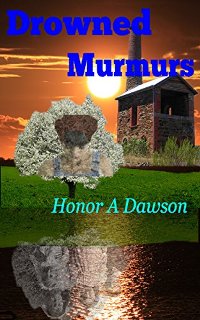 Edwardian mother Catherine, guilty of child murder or not? 100 years later Michaela moves into the same house, events instigate a personal investigation to admonish the accusations.

Michaela and Sam are renovating a Victorian house. Primrose Cottage has a tragic history which somehow influences Michaela's emotional stability. Local residents provoke a strong reaction from Michaela, their nasty accusations of abuse and child murders refer to Catherine who once lived in Michaela's new home. Unconvinced, effected by personal conflicts, Michaela sets out to investigate Catherine's family life, a mystery with angry undercurrents.

Extended Detail
A story of two strong women living a century apart, entwined with women's equality, self belief and misjudgement
2014 Primrose Cottage stands abandoned and derelict, a stark reminder for many locals of it's uncomfortable history.

1900s Catherine is burdened with family responsibilities, isolated from friends and family. Jack her husband is indifferent, uncommunicative and frequently absent. This lack of contact has taken it's toll. Amelia with her modern attitudes is Catherine's only moral support and confidant, but the comfort is fleeting and infrequent.

2014 Michaela is relieved to escape the city bustle, this new home is a ramshackle Victorian house which needs much attention. Just the idea of a successful renovation is exciting.
Her joy and expectation is crushed by a stream of drawbacks and the harsh realities of getting overstretched, the work is incessant and husband Sam is so patient!

Michaela develops some disconcerting obsessions stemming from some odd behaviour from her mother, irritating remarks from neighbours, all this anxiety mounts up until she reaches bursting point. While working in the garden or the outbuildings she's experienced a series of hallucinations, heard children's voices, Sam's concerns heighten, as her husband he feels some weight of responsibility, but what should he do?
Michaela takes the initiative, she's desperate to rid herself of nagging doubts, now she has learned about Primrose Cottage's previous occupants, a recent ancestor... Catherine.

The rumours and opinions about Catherine stir up Michaela's emotions, convinced they are unfounded,as a strong character she's determined to quash them. Michaela starts a personal investigation campaign regardless of the consequences,
Unknown to her, someone harbours a family grudge, mixed with dark undercurrents of anger.
An intensely emotional mystery, reflecting on the historical and sociological changes that have been instrumental in improving female status and equality.

Other books by Honor Amelia Dawson