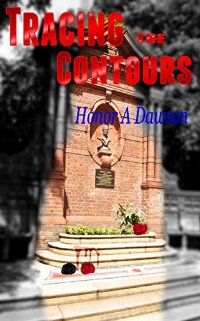 Megan escapes abuse and distress, jumps on a train that takes her somewhere new. She's hopes to be independent and content. She's unaware of her own jeopardy, and there are some shocking revelations for the town!
Short Delivery
Megan's escaped from Bens influence! Convinced she's been an irresponsible mother and an utter failure. This new town offers security and new friends. Megan's confused, her senses swamped by episodes of intense flashbacks. She needs comfort and support, danger lurks, but not in the shadows!
Luke Adams is involved unintentionally, he and Imogen look into Megan's background. Have we a subtle case of mistaken identity?
Extended Detail
Luke Adams investigates Book 1. Client :- Megan Armstrong
Megan has passed the limits of her endurance, the vindictive mental abuse has been intolerable. Time for a new life on her own terms, despite the consequences. As the train nears her destination Megan's overwhelmed by a time displacement, coupled with a foreboding. What are these visions? She has neither recognition of the vague faces, nor any recollection of the violence that ensues.
Megan's arrival in town is disconcerting for the local community; this close resemblance to Saskia, a past resident, provokes distasteful memories. Buried in the depths of Megan’s subconscious are the answers. Her life is enveloped by frustration and fear, too shocking to remember . . . too shocking to forget . . . fatal to ignore. Amidst the perilous encounters there is an unwanted revelation, a struggle for justice,
An opportunity for the investigative abilities of Luke Adams and his assistant Imogen Morrison.
Tracing the Contours | goodreads

United Kingdom
I come from the North of England the county of Yorkshire, home to the Bronte sisters. A rugged landscape for a tough spirited character! I now reside in the East of England an area known as the Fenlands a landscape equally as windswept as Yorkshire but in contrast very flat we get mini-tornadoes even in winter!My former career was as a software developer and IT systems analyst, which entailed...
Learn more about Honor Amelia Dawson