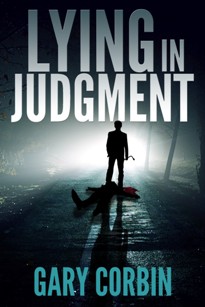 Peter Robertson, 33, discovers his wife is cheating on him. Following her suspected boyfriend one night, he erupts into a rage, beats him and leaves him to die – or so he thought. Soon he discovers that he has killed the wrong man – a perfect stranger.

Six months later, impaneled on a jury, he realizes he realizes that the murder being tried is the one he committed. After wrestling with his conscience, he works hard to convince the jury to acquit the accused man. But the prosecution’s case is strong as the accused man had both motive and opportunity to commit the murder. As the pressure builds, Peter begins to slip up and reveal things that only the murderer would know – and Christine, a pretty and intelligent alternate juror, suspects something is amiss.

As jurors one by one declare their intention to convict, Peter’s conscience eats away at him and he careens toward nervous breakdown. The epilogue's stunning twist reveals shocking truths about the murder that even Peter never knew.

“Lying in Judgment” is a 95,000-word courtroom thriller about a good man’s search for redemption for his fatal, tragic mistake, pitted against society’s search for justice.