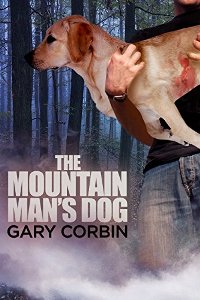 In the small town of Clarkesville, in the heart of the Oregon Cascade Mountains, a humble forester stumbles into the complex world of crooked cops and power-hungry politicians… all because he rescued a stray, injured dog on the highway.

Lehigh Carter didn’t really mean to adopt the dog. But his ex-fiancée, Stacy McBride, convinces him to do it, with a promise to help. Their rekindled romance angers her father, state Senator George McBride, who sees her backwoods suitor as a blemish on his carefully created political image. It also sets off a chain of events that entangle Lehigh in a life-or-death conflict with the senator’s hardnosed campaign treasurer, Paul van Paten, who had his own plans for Stacy’s future.

The Mountain Man’s Dog is a briskly told crime thriller loaded with equal parts suspense, romance, and light-hearted humor, pitting honor and loyalty against ruthless ambition and runaway greed in a town too small for anyone to get away with anything.

Lehigh Carter fears only two things: dogs and women. But both are about to take over his life in the small Oregon town of Clarkesville in the Cascade Mountains of the Pacific Northwest. And when they do, everything changes - and not in the way he ever anticipated.

Little does Lehigh suspect that a chance encounter with an injured yellow hound would come back to haunt him. But compassion compels him to help the poor critter in its time of need, and that gives veterinarian Stacy McBride, daughter of the most powerful politician in the state, a chance to rekindle their long-lost romance.

That doesn't sit well with her father, Senator George McBride, nor his campaign treasurer Paul van Paten, who has designs of his own on Stacy's ring finger. Their brief competition for her affections puts Lehigh - quite accidentally - in position to witness an illegal campaign contribution that could upend the Senator's immediate ambitions. Paul isn't about to let either of those problems get in his way - and he's more than willing to let Lehigh pay the price.

The Mountain Man's Dog is a fast-paced crime thriller loaded with politics, romance, and humor, in which the backwoods, small town setting of Clarkesville and the protective nature of grateful, adopted dogs play central roles. The author draws on his family's history in the logging industry, his love of the Northwest and dogs, and his own small-town upbringing to add zest and realistic detail to a briskly-told story.