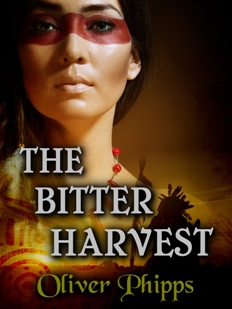 The year is 1825, and a small Native American village has lost many of its people and bravest warriors to a pack of Lofa; huge beasts humanoid in shape but covered with coarse hair. The creatures are taller than any normal man, and fiercer than even the wildest animal.

Rather than leave the land of their ancestors, the tribe chooses to stay and fight the beasts. But they're losing the war, and perhaps more critically, they're almost without hope.

The small community grasps for anything to help them survive. There is a warrior on the frontier known as Orenda. He's already legendary across the west for his bravery and honor.

Onsi, a young villager, sets out on a journey to find the warrior.

Orenda will be forced to choose between almost certain death, not just for himself, but also his warrior wife Nazshoni and her brother Kanuna, or a dishonorable refusal that would mean annihilation for the entire village.

The crucial decision is only the beginning, and Orenda will soon face the greatest test of his life; the challenge that could turn out to be too much even for a warrior of legend. United States
Oliver Phipps is an award-winning author, entrepreneur and adventurer. He served as a Paratrooper in the United States Army and studied at MSC. In the late 1980s through mid 90s Oliver pursued his love of music. He enjoyed traveling, playing percussion and writing lyrics for popular bands. During this time Oliver also began writing short stories and articles. After playing for...
Learn more about Oliver Phipps