Into the Crimson Mist 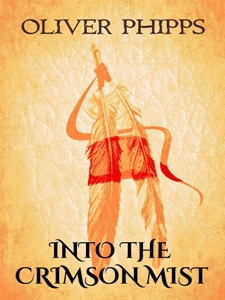 From the tales of Orenda. Book Two. This is the sequel to The Bitter Harvest.

After a long winter encampment, Orenda, Nazshoni, Kanuna and Onsi cross the Mississippi river and venture west. Their destination is far and Orenda intends to move the small group of warriors with haste in the hope of reaching an embattled tribe far to the west of the great river.

The plan begins to unravel when they come across a ghost village and then dire forebodings from an old Shaman. There is a shape-shifter in the area and she has been causing much destruction and despair. Orenda attempts to go around the troubled area as he feels tomahawks and arrows are no match against magic. But the Deer Woman is already aware of the warrior's presence in her territory.

If you enjoyed The Bitter Harvest, you'll not want to miss the continuing adventures of Orenda and his small group of heroes.

After playing for thousands through the fall and winter of 1996 Oliver's band abruptly disbanded. In early spring of 1997 Oliver, along with a guitarist friend, got together with the intention to form a new group... more

Other books by Oliver Phipps