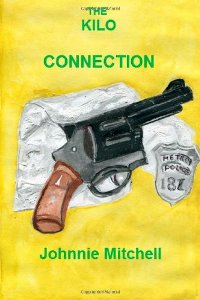 Victor Nance is a Vice Squad cop working out of Gary Indiana.
Shana Gordon is from Chicago and a part of the Juvenile Division.
Henry Clayton is an ex-New York cop turned chief of police of a small Alabama town.

Ordinarily, there would be nothing to bring these three law enforcement officers together. But Chief Clayton is facing a major crisis. One of his undercover officers was most likely murdered by a dangerous and wily up and coming drug dealer, T.J Killerbrew.

With no evidence to prove murder, Chief Clayton wants to take Killerbrew down for anything that would put him behind bars. He’s willing to recruit special assignment talent to get the job done.

Nance and Shana will ultimately accept the challenge. Their plan of attack is simple. Make a small buy, and then follow up with a larger one.

Killerbrew’s murderous nature, and penchant for sniffing out  undercover cops can be added to the mix.

For Nance and Shana it boils down to a tense game of cat and mouse in which one slip of the tongue, or false move could have deadly consequences.

United States
When I first became a fiction writer novels were my first choice. But the market for my type of work suddenly fell through. I turned my attention to screenplay writing. With the advent of digital publishing, and a better marketplace I returned to book writing, hopefully with positive results.
Learn more about Johnnie Mitchell