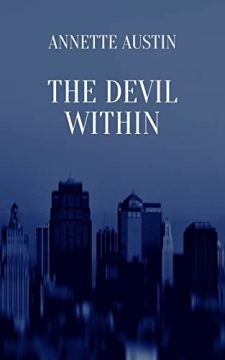 A GRIPPING, ACTION-PACKED CRIME THRILLER - THE FIRST NOVEL IN THE OPHELIA HANSON SERIES

Can a murderer outthink a cop?
From the author of the acclaimed James Saga, comes this enthralling novel about a dangerous game being played between two people on opposite sides of the law.

A devious vigilante killer is wiping out criminals who have managed to get away with past acts, leaving clues at the scenes of the crimes.
Ophelia Hanson is a smart but tough Lieutenant of the Cranston Row Homicide Division in New York. Her sex, intelligence and her colour mark her out as different from her colleagues, liked by some, loathed by others.
Overcoming personal heartbreak after her long-time boyfriend, Leon Sallier, leaves her, Ophelia throws herself into the vigilante killer case. With pressure mounting from the top, including from her captain, Paul Haggerson, Ophelia becomes increasingly desperate to find the evidence which will help her find the vigilante killer.

When a police interrogation takes a tragic turn, Ophelia’s past demons return to the surface. She doesn’t know who to trust – or where the killer will strike next.

It’s been really exciting to write in a genre that I’ve never tried before. I’ve always wanted to write a thriller, having read so many over the years. It hasn’t been easy to write ‘The Devil Within.’ Writing a novel never is. Creating a character such as Ophelia Hanson, a quiet but damaged individual, was challenging to develop, then put into words. Overall, it was a very enjoyable experience.

United Kingdom
Annette Austin is a self-published author of six novels covering the genres of historical and crime fiction. Her first novel, The Fall of the House of James, spent some time at the Number 1 spot on Amazon (History of Antebellum U.S. Chart.) All five of the books in The James Saga have garnered five-star reviews on Amazon. The Devil Within is Annette’s first crime thriller. She hopes to...
Learn more about Annette Austin