Poems from Your Scary Ex 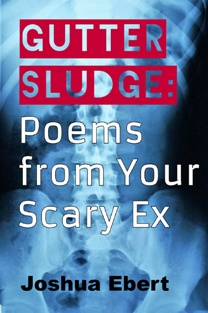 A short collection of dark free-verse poetry on such themes as homicide, missing-persons cases, guilt, abuse, blame, estrangement, grief, trauma, dead family pets, classic cinema, violence in the media, mental health, and anger. In an observant and precise manner, the poet describes the hidden horrors of modern society. He dismantles the comforting and idyllic in favor of a more unsettling truth. By alerting the reader of the dangers of abuse and rape culture, the poet hopes that it will cause the reader to reflect on their own actions, and where they might improve, in order to secure a more peaceful and safe world everywhere.

Joshua Ebert was born in 1988 in Neenah, Wisconsin and raised in the comparably larger city of Eau Claire. He studied English at the University of Minnesota Duluth. In 2012, Mr. Ebert quit school to focus on his career. His works published include Mattie's Ghost (2010, out-of-print), Deathskull Bombshell (2015), and Aloha from Hell (2016). In his spare time, Mr. Ebert enjoys music, art, and video games.

Other books by Joshua Ebert