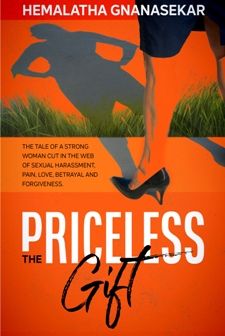 Life is never a straight line.

Priya is a typical modern-day woman in India. Independent and full of life, she spends her days at her job working hard to secure a better life for herself. She also has a close connection with her mother, who dotes on her daughter endlessly.

But her work life and home life collide on one disastrous day.   When Priya becomes a victim of sexual abuse in the workplace, she hides in fear and humiliation only to realize that she’s pregnant.  Devastated and wishing to run away from the shame, she seeks refuge in her mother who in return can’t hear the news and dies of a heart attack.

Devastated by the loss of her mother, Priya nevertheless decides to make the best of her situation.  She decides to continue with the pregnancy.   She eventually gives birth to a son and raises him by herself. The pain that resulted in her son’s birth has transformed into the all-consuming power of a mother’s love. Priya knows that her son means everything to her, and nothing can stop the special bond they share… until one day.

That’s when her abuser, Vijay comes storming back into Priya’s life. In the years that he’s been away, he’s been through his own struggles, losing his entire family in a devastating tsunami. A broken man, he comes back to plead for Priya’s forgiveness.   When she comes face to face with her abuser, waves of the exploitation come flooding in.  But she can’t let go of the past that easily, even though their son is a shared reminder of their bond. Vijay knows it will take a lot to change Priya’s mind. So, he returns one day with a priceless gift in his hands – one that could change Priya’s life forever.

A Priceless Gift is a stunning and lyrical tale of two Indian families torn apart by hate and anger while seeking redemption through love and forgiveness. Author Hemalatha Gnanasekar crafts this compelling story with three-dimensional characters that speak to the heart of the human experience. A story rooted in India, yet shared by diverse cultures across the world, A Priceless Gift proves that life doesn’t always proceed as planned. Because when a heart is closed off from betrayal and pain, sometimes the only cure… is to open it up.

Other books by Hemalatha Gnanasekar